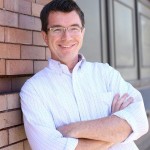 I spend a lot of time talking to a lot of young professionals about the path to licensure.  ARE, IDP, professional development… if it’s on your mind, I’m happy to listen.  Recently, it’s been very surprising to me to find that, even with the massive effort NCARB has undertaken to educate the community about the pending changes in the exam process (including publishing the Test Specification — talk about transparency!), there’s still a great deal of confusion and misunderstanding about what’s actually going on.  So let’s all take a collective breather –take five, if you will – and review some of the more important facts about ARE 5.0…

The most important thing to remember is that, even though ARE 5.0 is on the horizon, ARE 4.0 is still the current version of the exam.  To that end, NCARB has continued to develop and launch even more resources dedicated to helping candidates complete ARE 4.0, including their excellent Google+Community, a series of YouTube videos for each division of the test, and an updated batch of Exam Guides, with new multiple choice sample questions.  And don’t forget  – the AIA is here to help!  Both the Pittsburgh and Philadelphia chapters offer monthly review sessions, and most chapters maintain a lending library of study resources. After all, the best way to avoid any potential confusion about ARE 5.0… is to just knuckle down and get 4.0 out of the way!  Contact your local AIA Chapter office or AIA Pennsylvania for more information about the resources that are available in your area, and feel free to drop me a line if you have questions about IDP, ARE, or anything in between.

Sean Sheffler, AIA, is a project manager at LGA Partners, and the AIA-appointed Architect Licensing Adviser for the Commonwealth of Pennsylvania.  Contact him at idpcoordinator.pa@gmail.com or via Twitter @IDP_PA

A version of this article originally appeared in AIA Pittsburgh’s Columns.