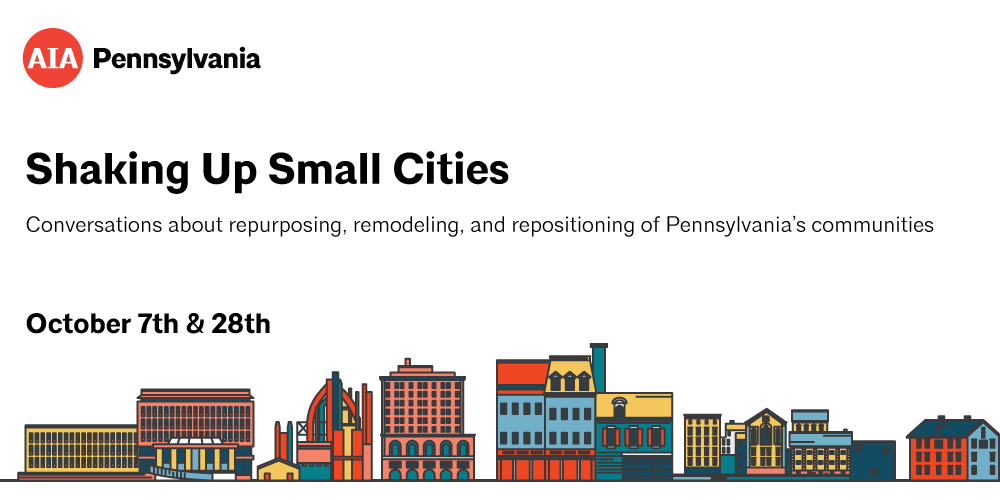 If you were mistakingly sent here for the 2021 awards announcement and recipient galleries, GO HERE  >

Throughout the Commonwealth, in every municipality and legislative district, we are plagued with blight, brain drain, and an erosion of community pride and investment. Simultaneously, there are an equal number of Pennsylvania’s small towns and cities that have rewritten the narrative, utilized good design, collaboration, and resources to create communities that have flourished with population and business growth. . In these cities and small towns that have experienced such great revitalization, architects have used their design thinking to work with community leaders and elected officials to bring the dream of a vibrant small town or main street back to life.  Architects throughout the Commonwealth have been crucial to the addition or renovation of any city’s physical or social infrastructure. Join us for case study examples of Pennsylvania cities who leveraged good  design, community partners, and urban planning to revitalize and grow their communities.

When: October 7th and October 28th

The session on October 7th will feature the Pennsylvania cities of: Lancaster, Bethlehem, and Easton.

The session on October 28th will feature the Pennsylvania cities of Pittston, Altoona, and Oil City.

Cost: No Charge
Where: Virtual

Everyone! Elected officials, built industry professionals, developers, community leaders and anyone who wants to see their small town flourish.

Michael A. Lombardo.
Mayor of Pittston