The Architectural Excellence Special Awards recognize achievements by members, citizen architects, non-members, civic and government leaders, allied professionals, and member firms who contribute to the built environment and the advancement of the profession in the Commonwealth.

SPONSORS & PARTNERS
Join us in thanking our partners and Special Awards sponsor, Langan, for their support of the chapter, profession, and awards! 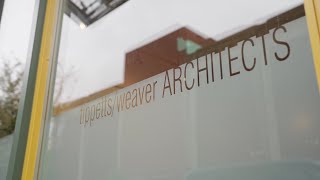 Every year, the AIA Pennsylvania Architecture Firm of the Year Award recognizes one firm whose passion and practice has produced notable architecture for at least a decade. Deserving firms will have demonstrated excellence in design and leadership through any combination of the following criteria: the breadth and/or depth of their portfolio, a healthy firm culture, influence on the practice of architecture, exemplary outcomes for clients and/or society.

Based in historic downtown Lancaster, Pennsylvania, Tippetts/Weaver architects has extensive experience in working in the context of small Cities and Towns and the surrounding woods and farmlands of Central Pennsylvania; their primary focus is on strengthening the built environment and enhancing our physical and perceptual experience. The firm maintains a high level of interest in the preservation, restoration, and adaptive reuse of historic and existing buildings and sites. Tippetts/Weaver's expertise in working with existing and historic structures, coupled with their beliefs that architecture of the twenty-first century should speak to our time, our social context, and the construction technologies of this era, presents a dynamic dialogue between the modern aesthetic and our existing and historic context. 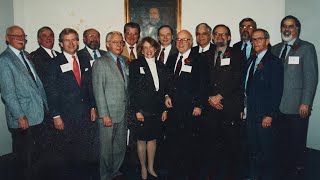 The Medal of Distinction is the highest award bestowed by AIA Pennsylvania upon a living AIA Pennsylvania member. The recipient shall have made contributions to architecture that transcend local boundaries and have been of benefit to the profession and citizens of the Commonwealth of Pennsylvania.

Susan Maxman, FAIA, has been a pioneering force for women and sustainability in architecture through her practice and professional volunteerism. In 1980, only three years after completing her degree at the University of Pennsylvania, Maxman founded her eponymous firm, Susan Maxman Architects. Maxman would go on to shatter many "glass ceilings," serving as the first female president of AIA Pennsylvania in 1987 and ascending to lead the American Institute of Architects (AIA) in 1993, the first female president in the national chapter's history.

Susan's leadership ushered in a pivotal movement in the AIA, encouraging architects to prioritize the then-novel principle of environmentally sensitive design, making it the focus of the AIA convention during her presidency.

For her advocacy of sustainable design, Maxman received Honorary Doctorates from Ball State University and the University of Detroit-Mercy. Also among her many prestigious honors are the 2019 AIA Philadelphia John Frederick Harbeson Award, the 2001 March of Dimes Service to Humanity Award, the Distinguished Daughter of Pennsylvania Award, and the Mayor's Commendation from the City of Philadelphia. She has been included in the Pennsylvania Honor Roll of Women and is among those listed in Who's Who in America. 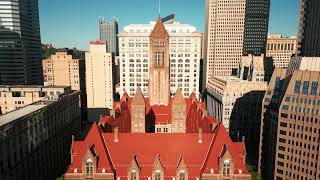 The 50 Year Timeless Architecture Award recognizes a building that has endured the test of time and still resonates with the design community and the public.

The Allegheny County Courthouse and Jail is one of Pennsylvania's oldest and most influential public buildings, with a one-hundred-thirty-four-year record of continuous service. Before the courthouse, Pittsburgh had no single monumental building, nor did it have a proper downtown. The structure was central to Pittsburgh's development. Upon opening in 1888, it was the iconic pride of the city, then the boisterously booming heart of our nation's technological might.

It is a mark of the Allegheny County Courthouse's timelessness that the layering of space, complex staircases, and boldly arcuated fenestration create an interior topography that has proven itself an appealing place for many different uses. Recently renewed, the courthouse performs superbly for the county's evolving functions. As the structure has aged and undergone renewal, it projects strength without hubris. It appeals equally to those who have little to do with county business – particularly with the courtyard serving as a dramatic venue for events such as weddings.

The Impact Designer Award recognizes a wide range of design disciplines held together by a common goal to design and create a better world through innovative, scalable, and measurable solutions.

As an architect, planner, and most recently Culture Manager with Perkins Eastman, Emily Pierson-Brown, AIA, prioritizes participatory planning and community engagement to create equitable and healthy communities with a strong sense of place. In addition to her professional calling, she was one of the founding members of Women in Design Pittsburgh, an organization of over 400 female and female-identified design professionals and allies who strive to build professional development skills, strengthen networks, and advocate for one another throughout the industry. 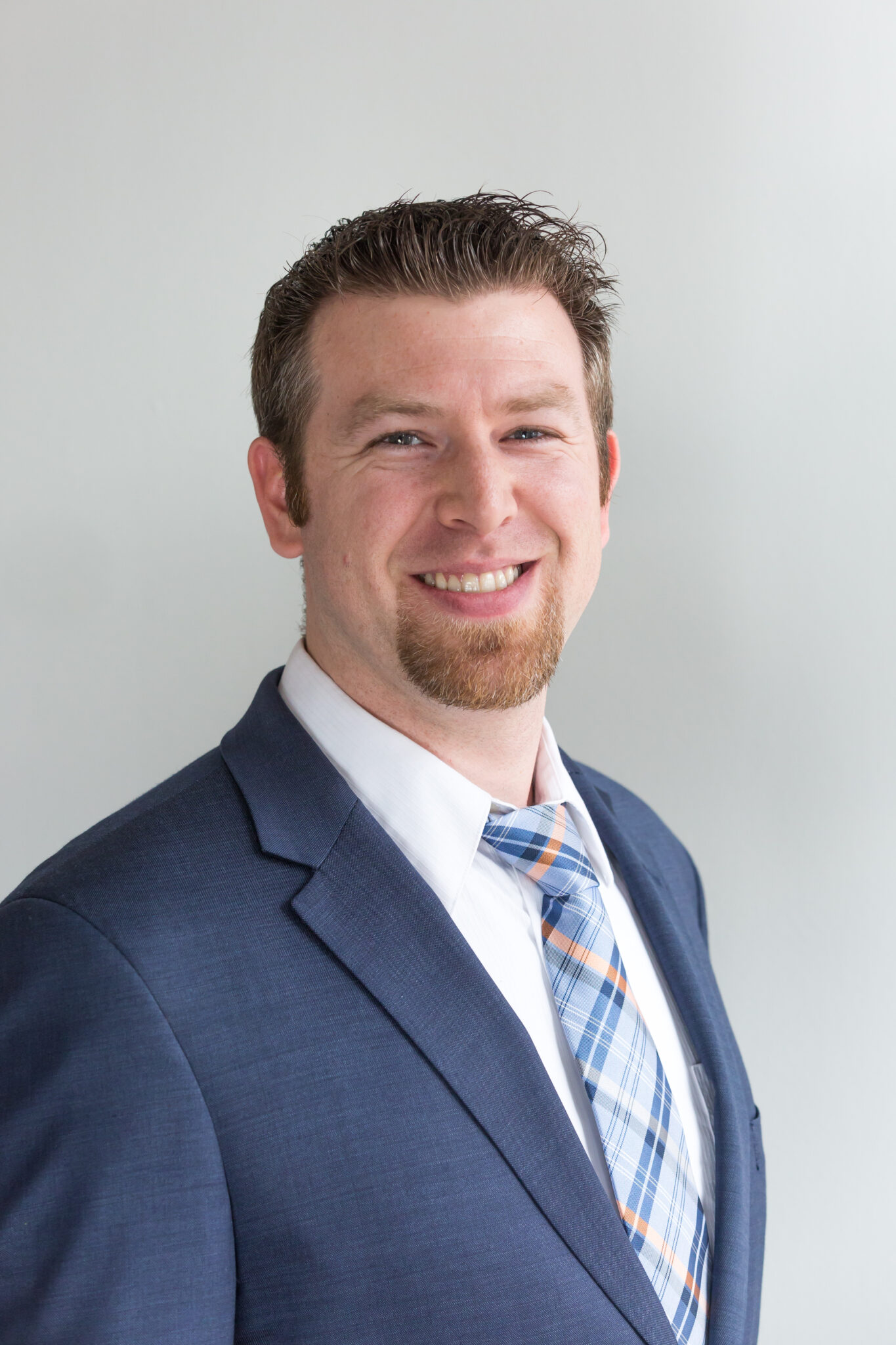 The Emerging Professional Award seeks to recognize the exceptional achievements and future promise of a licensed architect and to promote their continuing development. Recipients demonstrate design excellence, leadership in practice, leadership in education, and service to the profession and society.

Paul Avazier, an Associate Principal at Atkin Olshin Schade Architects in Philadelphia, exhibits leadership with active roles in the AIA and service to the public. He enjoys the challenges of his work as a designer and project manager, taking a thoughtful approach to resolving the complex issues encountered during planning, design, and construction. 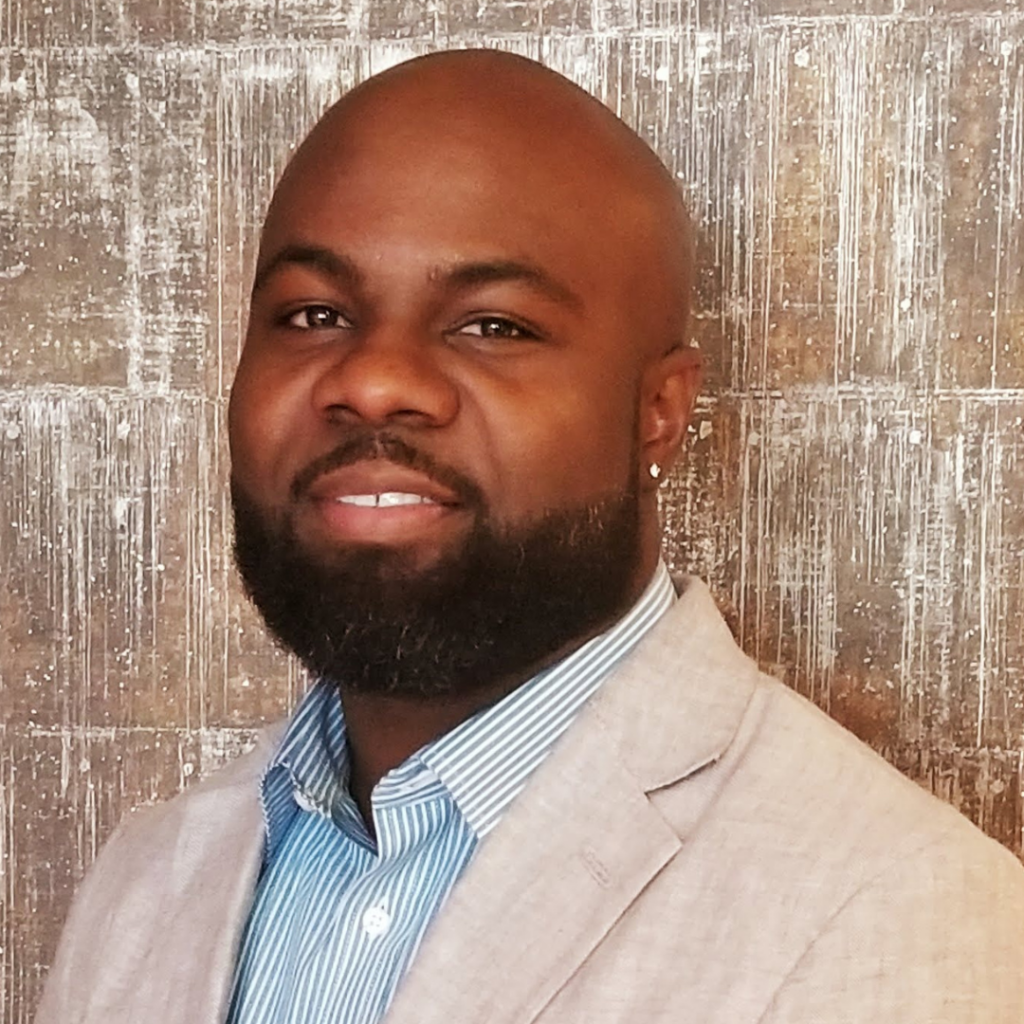 The Emerging Professional Award seeks to recognize the exceptional achievements and future promise of a licensed architect and to promote their continuing development. Recipients demonstrate design excellence, leadership in practice, leadership in education, and service to the profession and society.

Dario McPhee is a Bahamian-born architect dedicated to advancing the relationship between people and the built environment. He is currently employed by Indovina Associates Architects. His track record of design excellence is extensive. He is currently using his experiences to help mentor the younger generation. He is volunteers with AIA’s Palm (palm as in palm tree is ok here) program, the National Organization of Minority Architects or NOMA Pittsburgh Chapter’s Project Pipeline, and is Team Lead with NOMA Pittsburgh. He has participated in AIA Pittsburgh’s Leadership Institute and is currently a member of the chapter’s Education Committee, and sits on the Board of Directors.

Dario also works in the Wilkinsburg neighborhood to help alleviate displacement caused by gentrification. He uses his humble beginnings to fuel his career. He believes architects are responsible for creating spaces for people first. 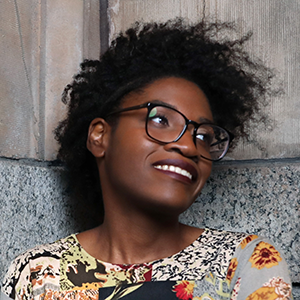 The Associate Award recognizes an AIA Pennsylvania Associate member who has demonstrated outstanding leadership, creativity, and significant contributions to their communities, the architecture profession, and the AIA.

Melanie Ngami is a recently registered architect at GBBN. She looks for opportunities to better understand the history, social, and emotional states of the communities she works with, so that together, they can imagine and construct work that creates a positive impact for people in those communities. As co-leader of Project Pipeline summer camps for the National Organization of Minority Architects Pittsburgh chapter, Melanie works to increase the number of minority middle and high school students who are exposed to the practice of architecture. Melanie also volunteers with GBBN’s annual Design Issues Series, whose latest exhibition, Watershed, studied the state of tree canopies and watersheds in Pittsburgh, Cincinnati, Louisville, and Minneapolis. 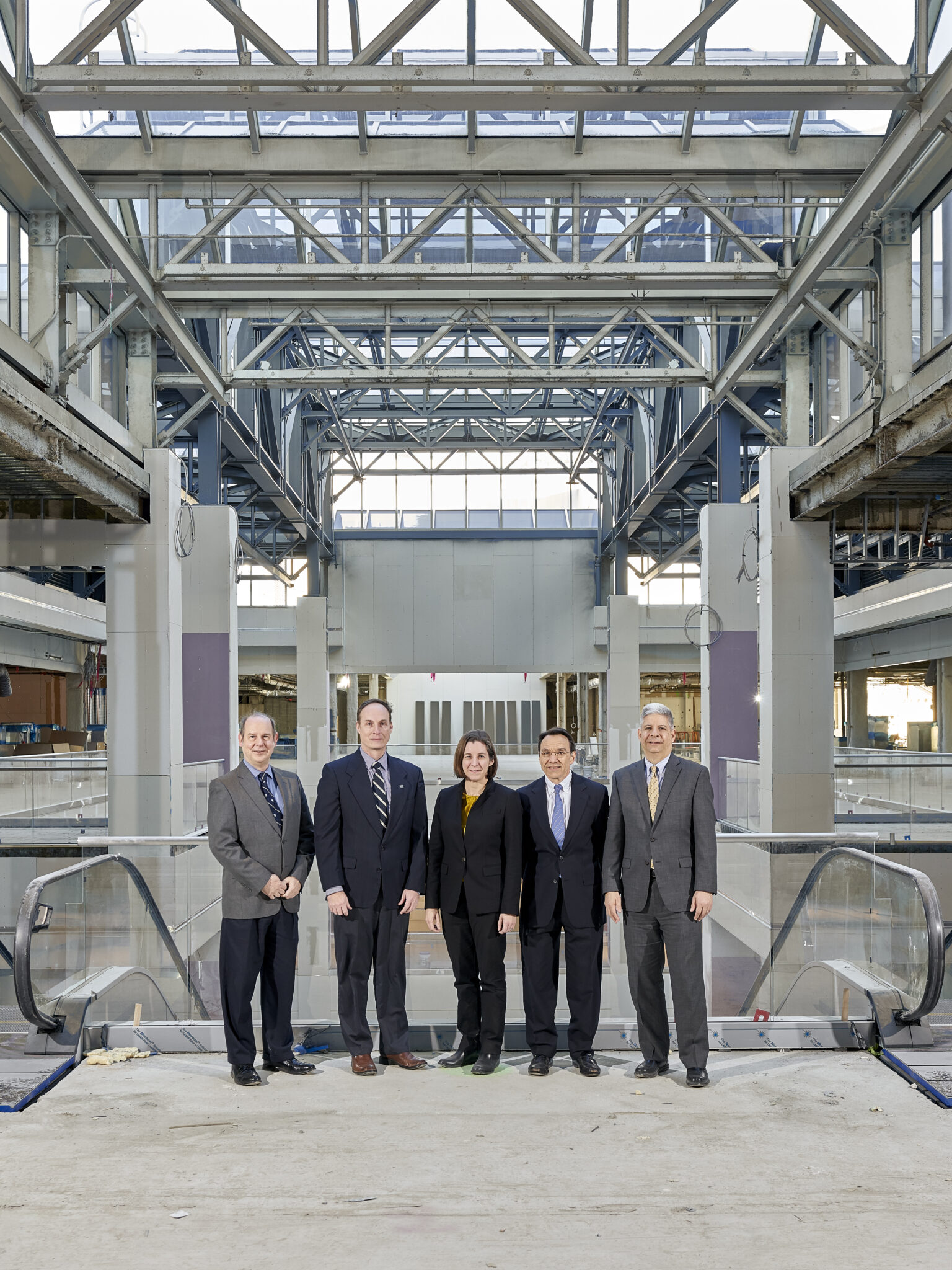 The Allied Trades Award, renamed in 2019 in honor of Raymond J. Sinagra’s collaborative, whatever-it-takes spirit and dedication to the AEC community, is presented for contributions to the built environment by a contractor, developer, civil engineer, or other allied professional. The award honors those professionals who bring architects’ work into reality and who uphold the tenets of design, sustainability, and collaboration.

Keast & Hood built its reputation working with some of the most renowned Pennsylvania architectural firms. Since the firms founding in 1953, Keast & Hood has been known for its collaborative problem-solving and innovative structural solutions. As the firm embarks upon its next chapter and third generation of ownership this year, they are excited to expand their reputation to include a commitment to sustainable design as a Signatory Firm of the Structural Engineers 2050 Commitment Program. As a certified Women Business Enterprise, Keast & Hood continues to uphold a commitment to diversity that has been characteristic of the firm for many years. 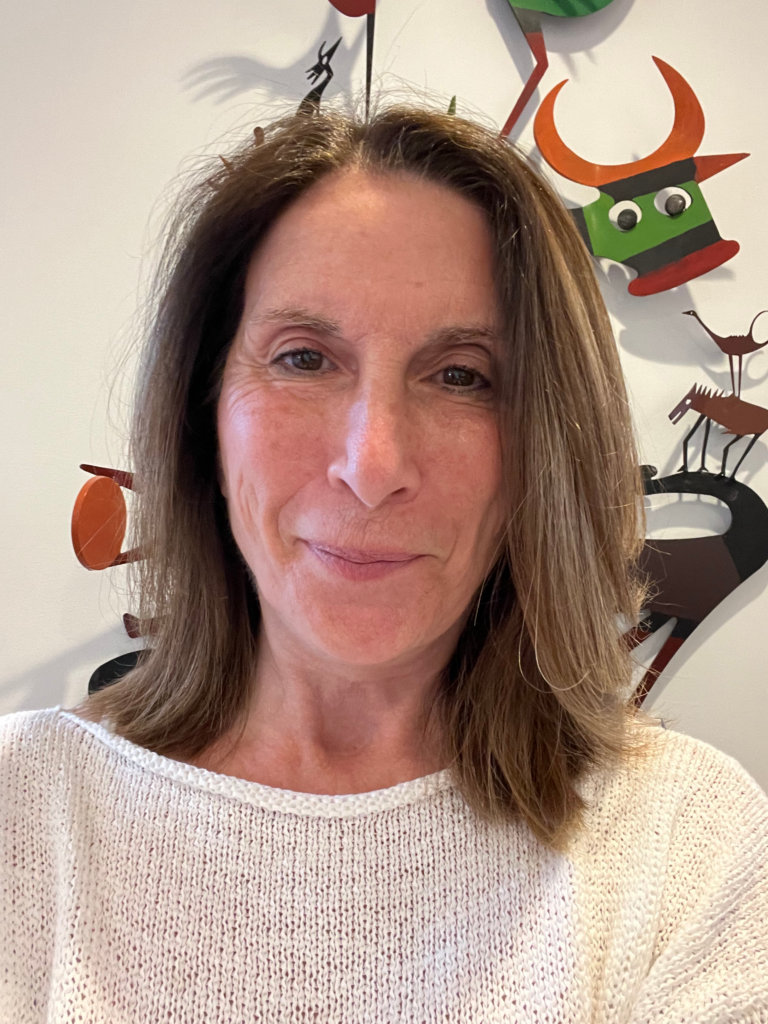 Contribution to the Profession by a Non-Architect Award | Linda Metropulos

The Contribution to the Profession by a Non-Architect Award honors individuals, corporations, associations or other groups who do not practice architecture. Recipients may be cited for their direct contributions to the profession, applied research, or other through other disciplines that are allied with architects or enhanced the practice of architecture.

Linda Metropulos has been working in real estate development in Pittsburgh since 1995, when she founded Artists and Cities, creating artist live/work spaces in East Liberty and Lawrenceville. In 2005 her development work became entwined with the work of ACTION-Housing, leading to a focus on housing that is beautifully designed, affordable, healthier and sustainable.

Linda’s interests in the arts and artists, historic buildings, energy efficiency, healthier interiors, affordability and community development is evidenced in her portfolio of new and renovated buildings. Linda spearheaded ACTION-Housing’s development of four Passive House projects between 2012 and 2018, helping to demonstrate that high energy standards could be used for affordable housing without significantly increased costs.

Her efforts over 25 years were collaborations with many like-minded people who she worked alongside in the realization of these projects. 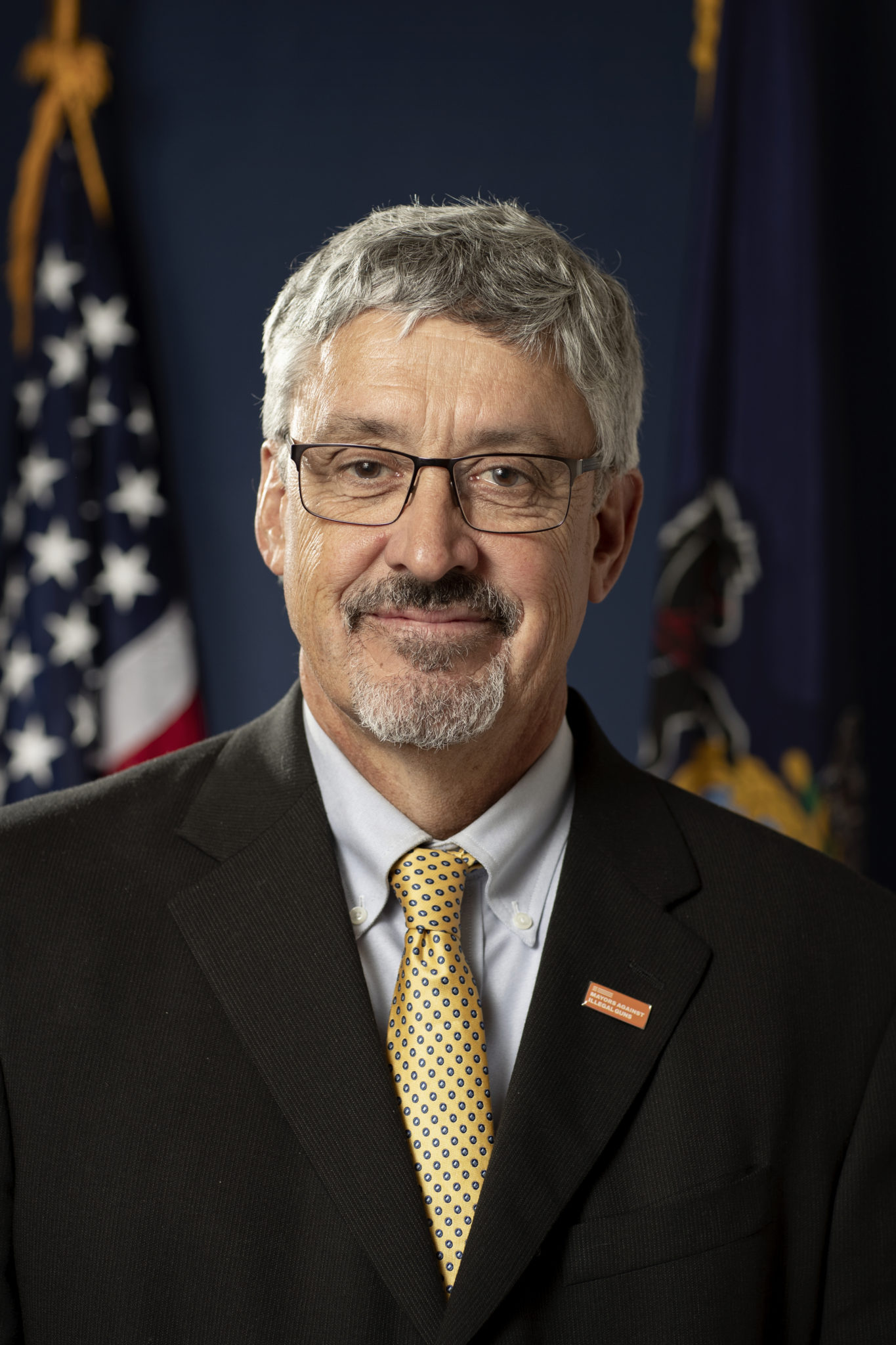 The Government Award is given in to any individual or group working in state or local government that has made significant contributions to the profession and business of architecture and/or the built environment.

Senator Tim Kearney is an architect, professor, and now a second-term Senator representing parts of Delaware and Chester Counties. From leading projects at Venturi Scott Brown to teaching students at Drexel University and starting Cueto Kearney Design with his wife, Claudia, he has over three decades of experience in the field.

As a Pennsylvania state Senator, Tim Kearney, AIA, views his work in elected office as a natural extension of his work as an architect. In doing so, he epitomizes the qualities of a “citizen architect.” Kearney has built houses, college dorms, scientific lab facilities, offices, and more, which pushed him into public service in his borough’s planning commission. As a longtime community leader in southeastern Delco, Kearney served as mayor of Swarthmore for five years before joining the Senate.

As a legislator, Senator Kearney is focused on protecting reproductive rights, and expanding/protecting access to affordable and equitable healthcare. Most recently, he led the Delaware County legislative Delegation to introduce bills to reform abusive for-profit hospital deals. He also supports greater investments in public schools and championed capital funding for school buildings. 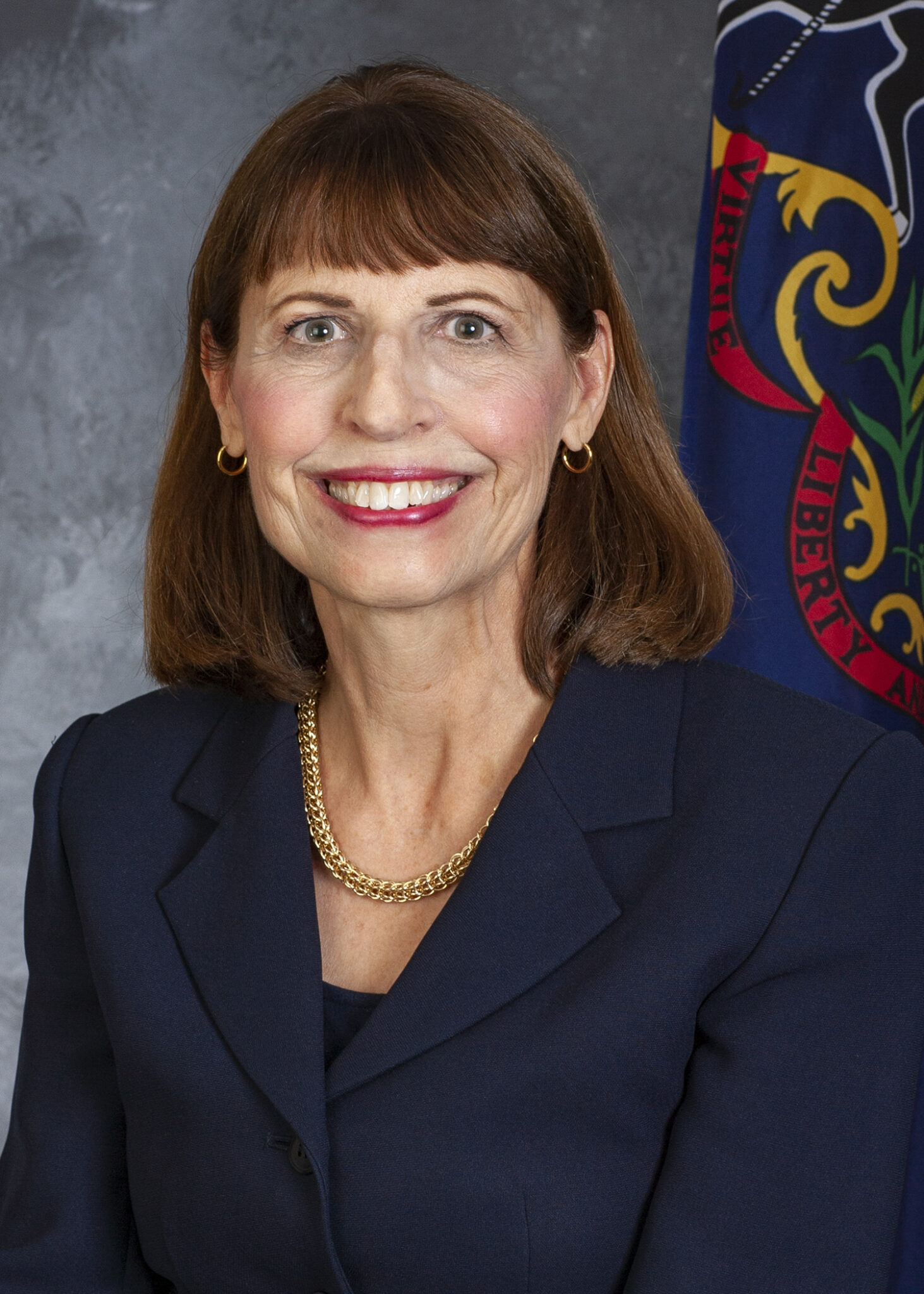 The Government Award is given in to any individual or group working in state or local government that has made significant contributions to the profession and business of architecture and/or the built environment.

State Representative Milou Mackenzie, a lifelong resident of the Lehigh Valley, was elected to the State House in 2020 as representative of the 131st Legislative District, which encompasses parts of Lehigh, Northampton, and Montgomery counties.

Prior to her election, she taught school and was the owner/operator of V.M. Mackenzie Interior Design, LLC, her small business of more than 30 years. During her first term, Representative Mackenzie focused on the support of small business owners. In doing so, she has been an ally of AIA Pennsylvania in the state house. Milou considers herself blessed to have had a long and varied career working to advance three areas that are close to her heart: good education, good interior design, and now good government. 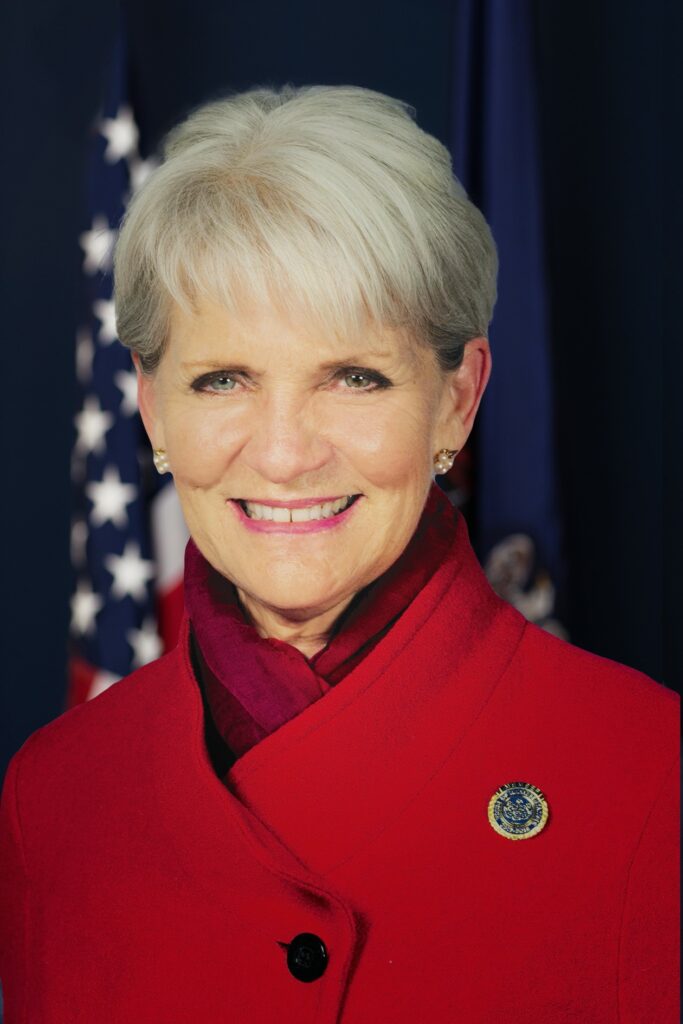 The COTE Government Award is given in recognition of significant contributions to, or support of, the AIA Pennsylvania Committee on the Environment or COTE mission to advocate for a healthy, safe, efficient, resilient, and beautiful built environment for the common good.

A leader in championing safe, healthy, and sustainable communities, state Senator Carolyn Comitta is dedicated to ensuring a cleaner and brighter future for the next generation of Pennsylvanians and beyond. As a mayor, she promoted smart growth, walkable town centers, and green buildings in West Chester. In the state legislature, she is working to cut our carbon emissions, invest in renewables, uplift environmental justice communities, and support climate resilience.